For more than 20 years we have been dedicated to advancing the social and economic well-being of the multi-ethnic Laotian Americans in the United States. 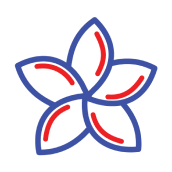 Creating educational resources to increase the general public’s understanding of our diverse community and needs.

The administration should commit to modernizing data collection for our communities by setting a standard for the collection of disaggregated data across all federal agencies.

The administration should exercise judicial discretion and executive power to halt the deportation of Southeast Asian refugees, deprioritizing immigration enforcement against individuals with convictions older than five years; and eliminating existing DHS visa sanctions against Cambodia and Laos.
‍

The New Way Forward Act marks an important step toward remedying injustices in the U.S. immigration system and securing the full human rights of all members of our communities. The New Way Forward Act rolls back harmful immigration laws that, for decades, have led to racial profiling and disproportionately resulted in the incarceration, deportation, and destruction of families of color and immigrant communities.Factsheet

This bill requires each federal agency that receives federal assistance related to the COVID-19 pandemic to translate any English language written material prepared for the general public relating to the pandemic, including COVID-19 vaccine distribution and education, into specified languages no later than seven days after such material is made available in English.

Thank you! Your submission has been received!
Oops! Something went wrong while submitting the form